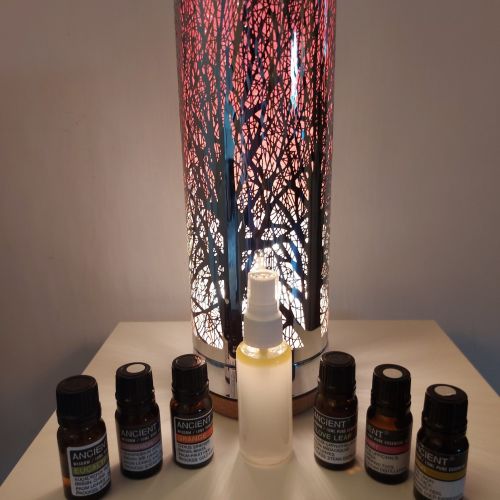 Had a go today at making 4 Theives Spray and essential oil blend to use by the front door and to spray when anyone leaves the home
During Medieval Times, in the darkness of The Plague, there were four brothers whose parents were herbalists. When times got tough, the four brothers became four thieves. They robbed the graves of the dead; hugely exposing themselves to The Plague but never getting sick.
One day they were caught and offered a reduced sentence if they explained how they managed not to get sick. They explained that they learned about medicinal herbs from their parents and were using the essential oil blend that has traditionally become known as Thieves oil.
In the early 2000s, studies were done on the efficacy of the essential oils in the blend. In summary, these essential oils were proven to pack a big wallop to mold and mildew spores, bacteria, and viruses. In fact, regarding mold and mildew, the blend not only killed more spores than standard chemical preparations, but also continued being effective for weeks after the standard treatments were no longer effective!
I used
40 drops clove bud essential oil
35 drops each of lemon and orange essential oil
20 drops cinnamon bark essential oil
15 drops eucalyptus essential oil
10 drops rosemary essential oil
Diluted with water
Will let you know how I get on with it!