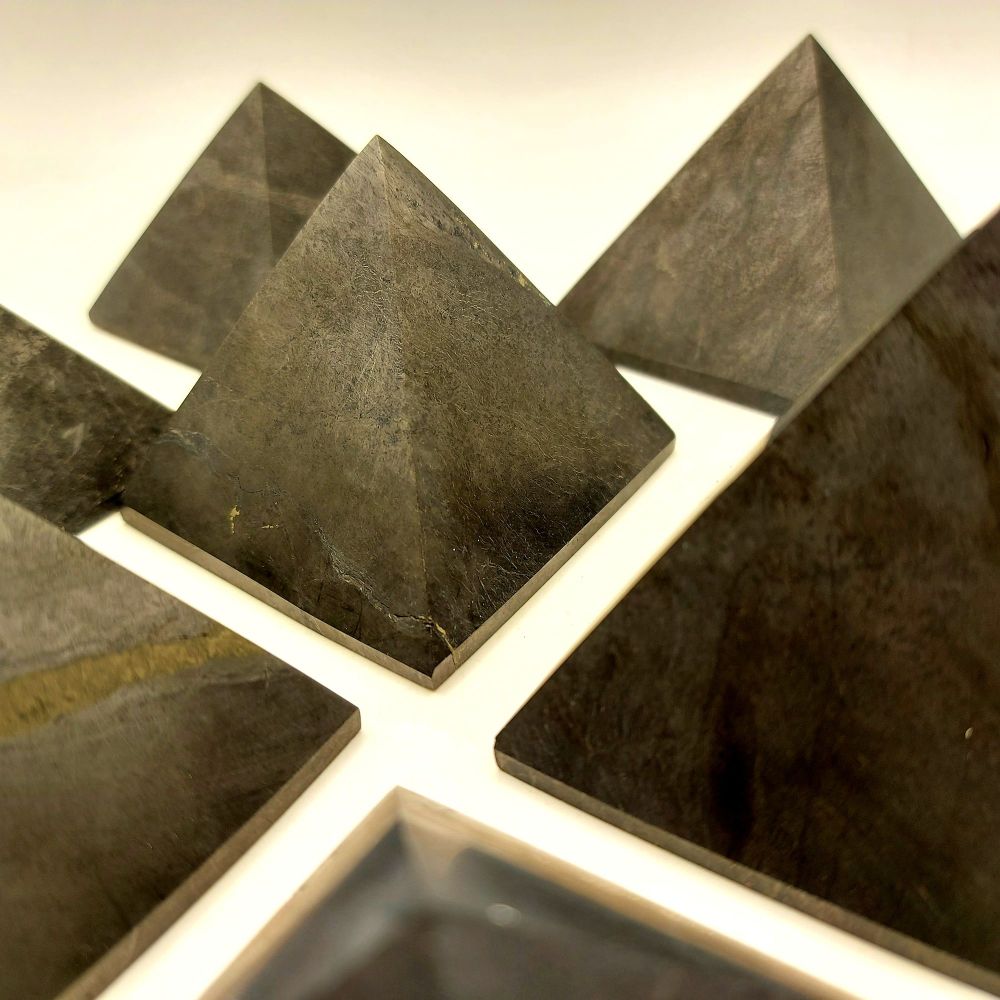 A very protective stone that counteracts the harmful rays of EMF and radiation from electronic devices.  Cleanses and invigorates each chakra, removes toxins from the body and reduces inflammation and pain in the body.

There is a story from the 18th Century how the Russian Tsar Peter the Great gave each of his soldiers shungite for their water bottles.  During the war, this allowed them to scoop up water from puddles and ditches and by placing the shungite in the water cleansing and purifying it, thus allowing the soldiers to have clean water, they defeated the Swiss army who were suffering from dysentry (caused by dirty water)

There are 2 types of Shungite

As well as carbon, some shungite contains small amounts of fullerenes.  Fullerenes is a rare and hollow molecule which consists many carbon atoms and is considered to be responsible for many healing qualities.  This molecule contains a void which can absorb and remove toxins from biological systems

You will be sent one intuitively chosen by myself