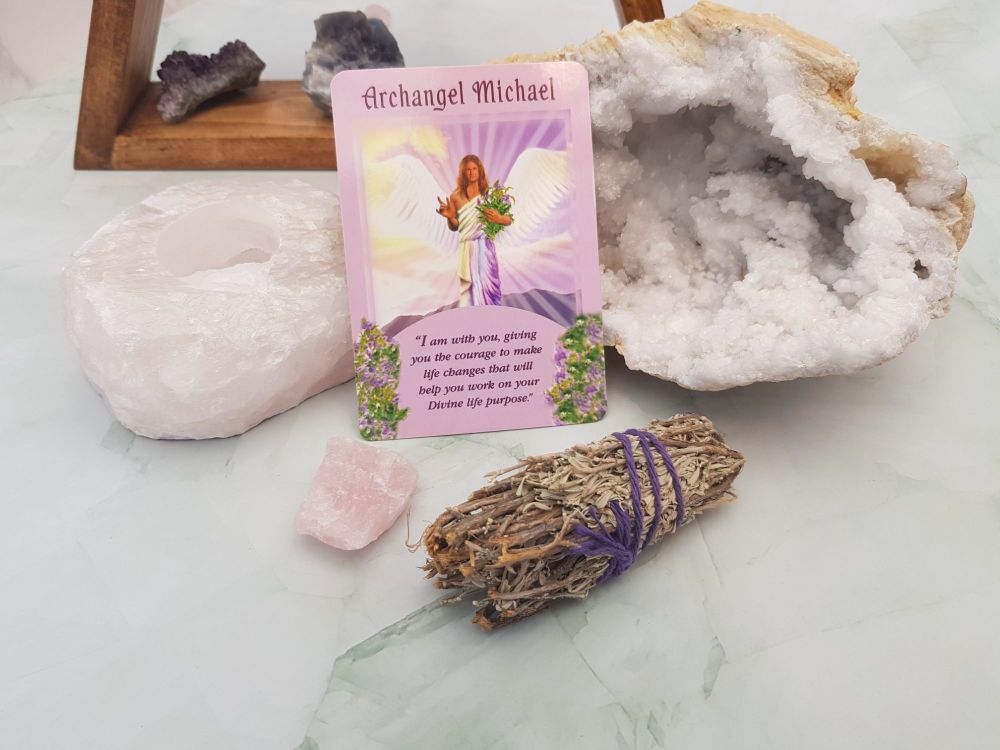 Angels have a hierarchy with those above having more power than those down lower. The angels at the top of the list are nearer to God and so are more powerful.  The angels subordinate in the hierarchy such as the archangels and the angels are the ones to which we typically have access to

(This is the 9 choirs of angels)

Seraphim means "burning one" and these Angels tend God's throne and are closest to him at all times seraphim have 3 pairs of wings, one pair which they fly with, one pair to conceal their face and one pair to cover their feet in respect.  Seraphim seem to be on fire or burning.  The most powerful angels are from the seraphim choir and they contain some of the archangels

Cherubim Angels have 4 faces as the 4 elements.

The cherubim Angel's do the creators bidding and protect him.  They have 4 conjoined wings

Throne angels are symbols of authority and able to mete out gods justice.  They listen to the will of God and present our prayers to him.  They are the elders in the angel world.  Thrones may be referred to as aeons

The Dominion Angels regulate the duties of the lower Angels. The dominions have one magnificent pair of wings and carry an orb of bright light on the head of their sceptre or the pommel of their swords. Dominions can sometimes be referred to as lord ships

The Virtue Angel also known as stronghold they are the source of virtue and it flows from them as Providence to Angels and man below them. There is an abundance of virtue for all. They are virile an unshakable in doing the creators will.

The Power Angels are the barrels of consciousness and oppose evil and are known as The Warriors of the angelic realm. They carry Shields, Spears and chains to contain evil spirits forever. Also known as authorities, the powers maintain the predictability of the Universe and cosmos and the creative energy flowing within it. Down to the sun moon and earth. The powers are the Keepers of history and time

Third Sphere of Angels are connected with heavenly guidance, offer protection and act as messengers for humans

The principal Angels guide, manage and protect Nations and a large groups of people and institutions that come together in God's name. They manage brands of Angels and charge them with the filling the Divine ministry they are known as rulers. Principles wear a crown and carry a Sceptre and they do as they are told by the higher Angels. The principles can give blessings to the material world. They are the educators and the Guardians of Earth and humans. They will inspire and ignite creativity in humans.

The archangels are the guardian angels of nations and countries there are 7 main archangels. The archangels attend to politics, military war and trade between countries. archangels with lowercase a are in the third sphere of Angels just above the regular angels but archangels with the capital A are the highest of the seraphim’s and this is where archangel Michael sits.

Angels or regular angels are concerned with living things. Angels in this choir have many varied duties and can be called upon by us for specific tasks. Guardian angels are found from the Angel choir allegiant of Regular Angels and it is believed that every person has one guardian angel allocated to them from the time of their conception to their Passage to the afterlife.

How to connect with Angels

Many people go through life without the knowledge that Angels are near and can help them. You can connect with Angels if you want, it is a conscious choice that you make and it will change your life. To connect to the angels you have to open yourself up

How to connect to the angels

The angels have been there all the time but now you will speak to them directly and acknowledge them. The angels are there to help you and they are happy that you speak to them. Sit by yourself in a quiet room, you're about to engage with the angels for the very first time

Close your eyes to help concentration say out loud

I ask that the angels connect to me

I ask that the angels are near me

I ask that the Angels stay with me

And it is done, the angels make it so

After connecting to the angels you may have much more to say to them or you could feel awkward about what you just did. Go at your own pace, everything you do has to be right for you, don't feel pressured to meet and greet the angels as you will know when you are ready. If however you feel uplifted and continue to speak to the angels then that is good as well.

Connecting out loud or in silence when speaking to the angels

You do not have to always say the words out loud you could ask for help silently if that suits you better. Speaking the words can help with concentration and purpose, it is up to you. Further on in the course where it says say out loud you can say the word silently Like