Symbols – Energy, truth and fidelity.  A stone of harmony, it balances all levels of being emotional, spiritual and physical

Traditions – Garnet is used as a talisman against harmful energies, brings joy, courage and the strength to live. It can boost self-confidence.  In the middle ages this stone was known as a carbuncle and was sewn in the costumes of crusaders.  It was believed to bring them strength and courage to face the perils that awaited them during the holy wars.  This is why it is known as the January Birthstone as it builds your energies to see you through the winter and New Year as well as the way to begin new projects or businesses.

Astrological – Associated with the astrological signs of the beginning of the year: Capricorn and Aquarius

In alternative medicine which uses the energy of stones Garnet can be positioned on different chakras to help strengthen them.

Root chakra for strength and courage 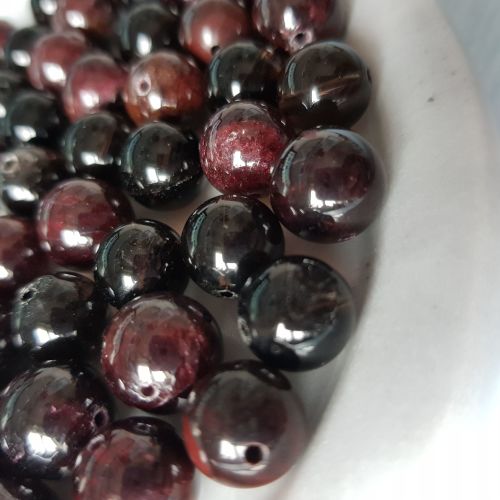